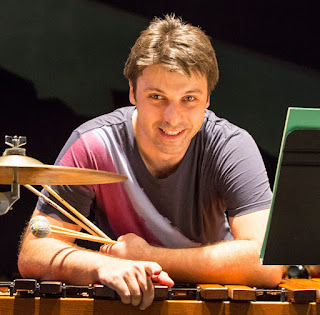 Praised by the New York Times for his "understated but unmistakable virtuosity," Svet Stoyanov is one of the leading percussion soloists of our day. He has appeared at the Lincoln Center, Carnegie Hall, and the Kennedy Center, and has performed under the baton of Pierre Boulez, Marin Alsop, and Gerard Schwarz. As an advocate for contemporary music, he has premiered works by Andy Akiho, Mason Bates, and Paul Lansky. He serves as the Director of Percussion Studies at the University of Miami Frost School of Music.