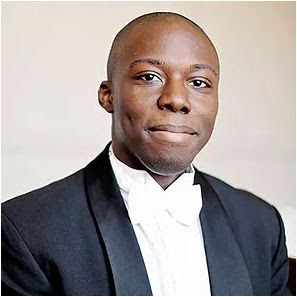 Joining us this week is Principal Percussionist of the Calgary Philharmonic: Josh Jones. Originally from Chicago, he has won several orchestral fellowships and is currently writing a series of books about streamlined playing with ease. The first is 'Spatial Studies,' available for pre-order on July 15, and for purchase on September 1.
Josh was featured on UPROXX's Uncharted series, he also has released a series of educational videos you can find on his website: drummojo.com.
Watch here.  Listen below.

0:00 Intro and hello, and a bit about the Josh's new book series
12:25 Brandon Arvay: Using social media, it's value?
14:50 Casey: What's the sound?
29:30 Application of Alexander Technique?  Feldenkrais Method
39:34 Laurel: Anatomy of Drumming (book) by John Lamb - part 2
58:40 Drew Tucker and Teddy Hall Jr.: Do you feel a certain weight being an African American in the orchestra?  What can we do to encourage more minorities to pursue orchestral performance careers, as well as show the need for diversity in the orchestras?